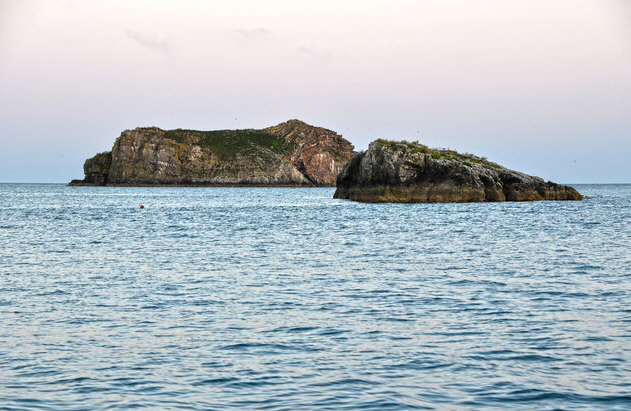 The Ore stone stands 32 metres high and is just over half a mile south-east of hopes nose. The sunker rock lies just 2 metres under the surface 100 yards South-West. There is a swim through that runs north to south just below the surface, there is a dog-leg in it but once in you can see light the other end. It is also wide enough even for the largest of divers. At the Northern end there are 2 exits.

Around the Ore stone itself, Kelp covered rock inshore descends across rocky ledges with gullies and small caves to a mixed bottom of mud and sand among slate outruns. There is plenty of life here including large wrasse, pollacks, dogfish, conger eels and lobsters.

Flatfish are found around the sandy bottom which reaches a depth of 20 metres.

On the 10th of August 1918, the Bretagne, a schooner-rigged single screw steel steamer of 1439 tons, had been in thick fog since the early hours. In her holds were 1888 tons of coal she was heading for Rouen. The ship was moving slowly eastwards in the swept mine free channel. At 10.30pm out of the fog came a French steamer, The Renee Marthe,  which struck the Bretagne on her starboard side and she started to take in water. Luckily the fog thinned and a fishing trawler was able to come along side and take most of the crew off the Bretagne and take her in tow. The Renee Marthe managed to reach Dartmouth despite considerable damage to her bow. Three men where left on the Bretagne , The captain J.W. Johannesson, the first mate Harry Patterson and Dick Pym, one of 2 naval gunners in charge of the 12- pounder stern gun. They struggled to free the stern gear which was jammed to make towing easier but they had to abandon ship when the water started to lap over the deck. The first mate decided to get his money from his cabin but as he went below a large wave slammed the outer door shut and the Bretagne nose dived to the bottom of the sea bed with the first mate still inside . 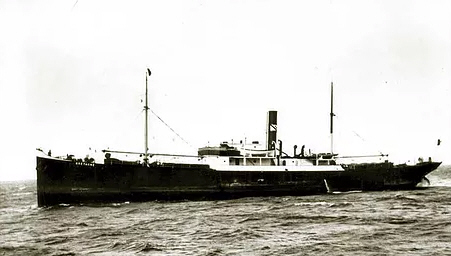 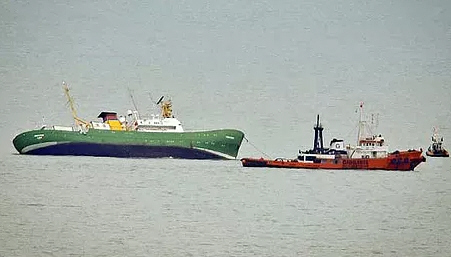 Emsstrom was a German fishery protection vessel  built as Frithjof in 1968 at Schlichting-Werft in Travemünde.

In 1998 the ship was renamed Emsstrom and used as a naval training ship in Leer, Germany until 2012.

In January 2013 Emsstrom was under tow by the Greek tug Christos XXII  where she was destined for Turkey to be scrapped. When Christos XXII anchored to investigate a list that Emsstrom’ had developed, Emsstrom collided with its side just after 20:58 UTC on 13 January.

Christos XXII sustained a 40 cm (16 in) gash in her hull and was towed to Portland for repairs. As far as we know this is the Uk’s newest wreck dive.

The Northville was carrying 3400 tons of welsh coal from Newport to Dieppe. The British steamer of 304 ft and with a beam of 44 ft she was torpedoed on the 17th of February 1918. The attack came without warning from UB-33. All crew managed to get to the lifeboats. The Northville is now upright on a soft sea bed at a depth of 39 metres with her Bows to the East, South-East. The sea floor rises to the East and her Bow is at around 30 metres. There is some silting on the wreck and she also has a 2 metre scour on each side. The coal is still in the 4 holds . The stern gun is lying off its pedestal and the ship seems to stop short at the stern. This mystery was solved by Ken Breeze when in poor visibility he launched himself off the end of the ship and with a few fin strokes found himself on the complete stern of the ship. 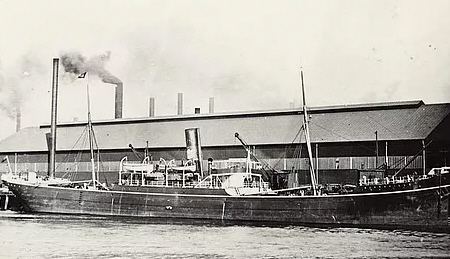 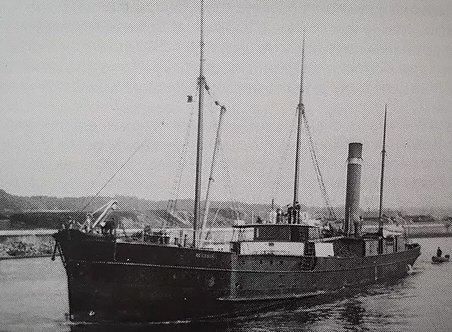 Straddled with a stick of bombs from a lone Heinkel HE 111K on the 9th of April 1941. This 1600 ton Admiralty ship was hit close to the bridge and sank quiet quickly. All of her 16 man crew were saved. Built in 1929 by Hendersons of Partick she was powered by triple expansion engines made by McKie and Baxter of Glasgow. She was carrying 2200 tons of coal from Plymouth to Portsmouth. The 250ft ship was 4 miles off Berry head lighthouse when she was attacked. She now lies at 35 metres and stands 6 metres proud of the Ocean floor she is upright and complete. Some coal has spilled out on both sides and she has been trawled into many times and there is quite a bit of netting all over her so great care must be taken while diving in her vicinity at all times.

The binnacle is still in place on the centre of the bridge but the compass is long gone. There are also large concrete blocks originally designed to bolster the wooden wheelhouse against shell fire.

In addition to the nets divers should also look out for un-exploded bombs. When first dived in 1964 one diver reported a cylindrical metal object under the bridge area. The wreck is best dived on slacks at 4 hours after or 2 hours before high water. The  photo shown is of Her Sister ship The Red Rose as there are sadly no photos of the Dudley Rose known of….to date.

This is a Norwegian steamer. Built in 1913 by Wood & Skiner and company. She was carrying a cargo of wine and fruit from Valencia to Bergen when on the 25th of April 1918 she was torpedoed by UB-80. She was sunk by a torpedo fired from periscope depth and one man on board died instantly. After she sank much of the cargo of oranges floated freely on the surface. The wreck is known local as the Orangeman. The ships last port of call before her sinking was at Cadiz where she was loaded with wine. The 1318 ton ship sits the right way up with a list 20 degrees to port side and is exactly 30 metres to her decks and 41 metres to the sea bed. She is in a good state and divers have found bottles of red and white wine. The Chief engineers cabin has a lot of bottles scattered around giving rise to the suggestion that he was having a party when she was hit. she lies almost North – South. 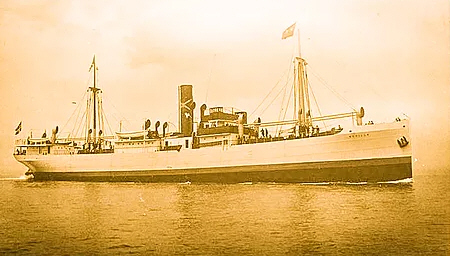 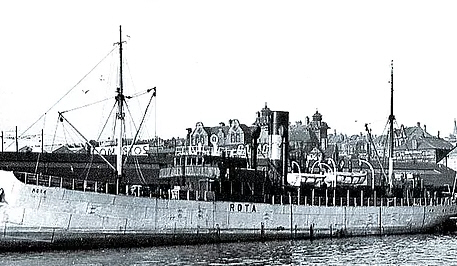 This British formerly Danish ship was 2171 tons, built in 1915 by Dunlop, Bremner and company. The 310ft ship was heading from Beni Saf in Algeria to Middlesbrough with its cargo of iron ore on the 22 of July 1917 when she was torpedoed by UB-40. When the torpedo struck the Rota the Captain and 4 members of his crew died.

Today the ship is upright and the torpedo damage can be seen clearly between the bow and the bridge on the starboard side. She lies East to West and it is 28 metres to her decks and 44 metres to the sea floor. There is also a 2 metres scour on her port side and until recently her gun was still on the stern.

The Modavia was attacked by E-Boats on the 27th of February 1943. A motor vessel of 4858 tons. She had come across the Atlantic in a large convoy to Millford Haven and was on her way to Southampton with her valuable cargo of 5645 tons , which included 13,545 ingots of aluminium, 17,200 ingots of zinc, there was also aluminium tubing and 300 boxes of copper wire.

She was 14 miles East of Berry head when the E-Boats attacked. When she sank her crew of 45 and 9 gunners were all saved. 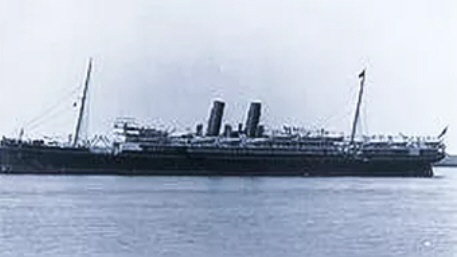 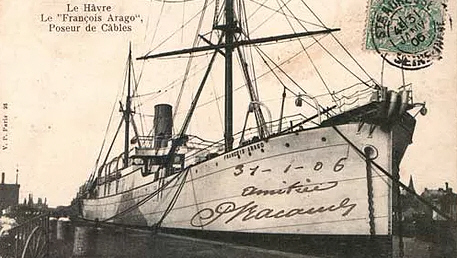 Built in 1882 in Sunderland for the Compagnie Francaise Marine et Commerca of Paris as a cable-layer. This 3342-ton steamer was 320FT long with a beam of 42ft. She was heading for Berry Head from Le-Havre in ballast on the 1st of September 1917 when she was torpedoed by Kapitanleutnant Viebeg of the Flanders Flotilla in UC-65. All 36 crew managed to take to the lifeboats before she went down. The Perrone now sits 8 metres proud of the sea bed at a depth of 29 metres. Divers report that her stern section is lying alongside her starboard side which makes the wreck difficult to take in on a single dive. She is also badly broken up elsewhere, particularly around the amidships. A small piece of her now at 80 metres South-West of the main wreckage and another piece lies just to the North of the bows. Local divers know her as the rocks-in-one wreck because one bearing for her lines up The Ore-Stone with Thatcher Rock.

Minimum Qualification: Deep Speciality Eastern Kings can be done as a shore dive although boat cover is advisable but not essential, particularly if divers stray to far into the channel. There is a sloping cliff (swimming S) to 40m. It is important to stay near to the cliff face to avoid going out into the shipping channel. Best to dive at high water (ideally neap tides). The cliff is covered with hydroids, bryozoans, anemones and sea squirts; there are also number of caves and crevices, which harbour both fish and crustaceans. Torch is recommended, as it can be quite dark due to sediment in the upper water layer. 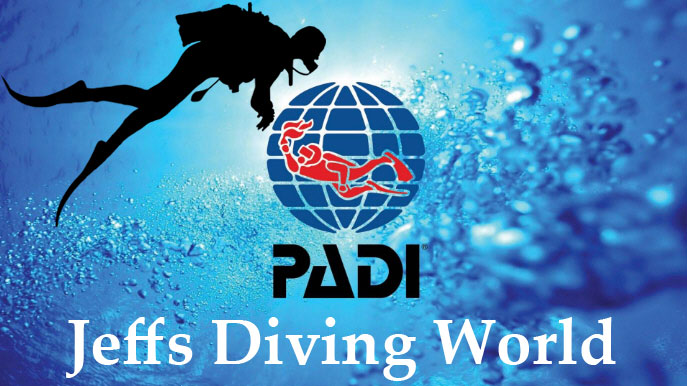 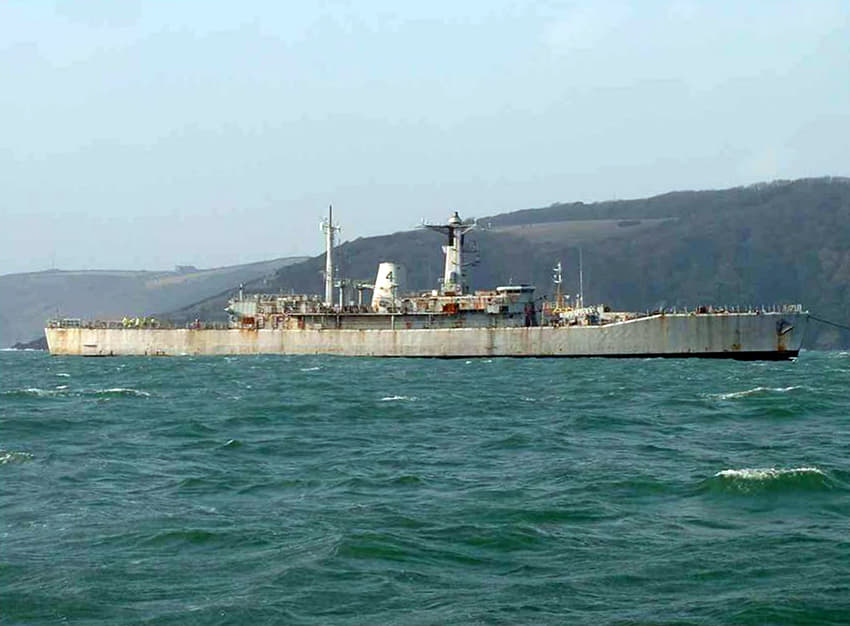 HMS Scylla was a Leander-class frigate of the Royal Navy. She was built at Devonport Royal Dockyard, the last RN frigate to be built there as of 2016. Scylla was commissioned in 1970, taken out of service in 1993 in accordance with Options for Change, and sunk as an artificial reef on March 27th 2004. Scylla was sunk off Whitsand Bay, Cornwall, to form the first such artificial reef in Europe.

We are always updating our diving sites across the South West UK so check back for updates on our Shipwreck dives that are logged and photos of Boat Dives and Wreck Dives during PADI Training Courses scheduled throughout the year.

All images courtesy of internet & wikipedia. Removal of any image rights permitted by request.

Any cookies that may not be particularly necessary for the website to function and is used specifically to collect user personal data via analytics, ads, other embedded contents are termed as non-necessary cookies. It is mandatory to procure user consent prior to running these cookies on your website.

We use cookies to ensure that we give you the best experience on our website. If you continue to use this site we will assume that you are happy with it.Ok